Solemother of the Month – June 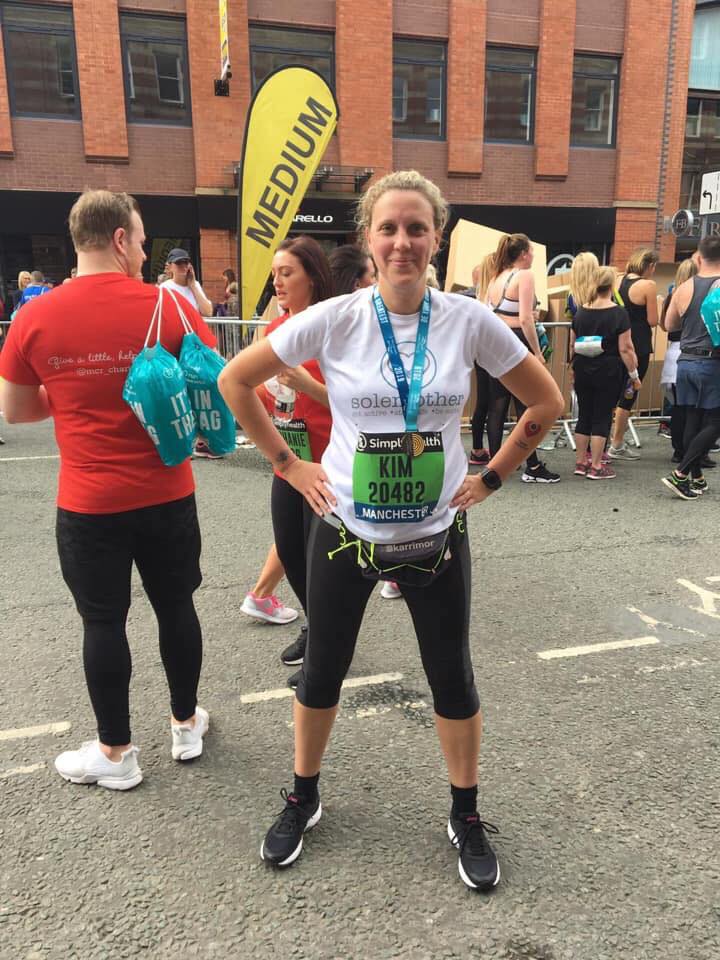 For those that don’t know, each month Solemothers nominate the Solemother that has inspired and motivated them by their contributions and acheivements. Each name goes into the magic cereal bowl. Each one deserving but only one name is plucked out. Unbeknown to Kim, her name has been in that magic cereal bowl on a number of occasions! In December she bit the bullet and gave herself a kick up the ***. No waiting for the January resolutions. She was on it and her journey has been EPIC! The video of her little boy running towards her as she crossed the line of her first 10k still gives me goose bumps and prickly eyes.

Kim you have been an inspiration to us all and have shown absolute grit and determination to smash your goals. Thank you for sharing your journey with us. Long may it continue. Anyway over to Kim….

I joined SM in 2017 and started off really positive doing boot camp and meadows runs but after breaking my toe I made lots of excuses why I couldn’t exercise.

By December 2018 I’d done nothing for over a year and at a SM Christmas night out I realised I had become just a social SM and I felt like an imposter.
So the following Sunday morning I got my trainers on and downloaded the C25k app and out I went.

I ran alone, with other SM’s or with my kids and on February 20th I completed Week 9. I can honestly say I enjoyed every minute of it because I loved the feeling of doing something I never thought I could.

6 months on I have done Park runs, Tatton 10k and the MCR 10k and now I am always looking for what I can do next.

I don’t think I’ll ever be a fast runner but I love the freedom running has given me and I am so thankful of that.

Being part of this wonderful group has changed my life in such an amazing way. I feel physically and mentally stronger than I ever have and I also feel so blessed to have made lots of lovely new friends too.

I feel so proud and honoured to have been chosen.
This is totally the best thing I have ever won