Solemother of the Month- March 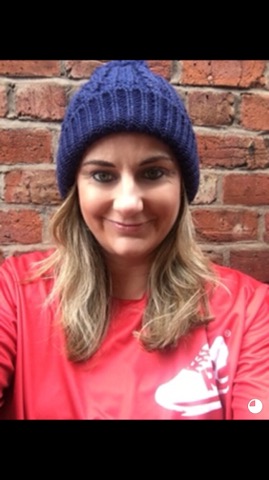 Well who can believe that we are onto our third Solemother of the Month for 2018! March brings us our very own Essex Girl who stormed her way into January, smashing personal goals out of the park. Louise powered through every kind of weather to complete RED January and definitely inspired me to stay motivated in the same challenge! Louise is such a positive contributor to the group and online community (and I read all of her posts in her fab accent) that Solemother really wouldn’t be the same without her. Thank you Louise for keeping us all entertained. So many of your posts have literally made me laugh out loud. Louise totally gets what Solemother is all about and that ‘when women support each other, incredible things happen’. Over to you Louise…

I was introduced to Solemother by my friend Kate who had been trying to get me out for a run for ages and it became a standing joke that I would always say things like: sorry I can’t make it as I’m washing my hair ( which is quite ironic really as I hardly ever wash my hair and rock the scrapped hair back in a ponytail look most of the time! ) but really I knew deep down that I had lost my fitness mojo and after a back operation and being a single working mum who puts everyone before myself,which all us mummies do I had become really unfit and stuck in rut.

So in August and after just watching in the back ground for a few weeks I decided to bite the bullet and join some of the ladies that was starting the couch to 5K. I won’t lie I felt a bit nervous as I kept thinking I would hold people back as I was so unfit and couldn’t even run for a bus! But I honestly can say I had nothing at all to worry about everyone was so friendly and we all supported each other ( no one got left behind at all ) and we had a really good giggle and chatted about all sorts of things…until I started to get to out of breath as I can’t talk at all then! Before I knew it we were meeting up at least 3 times a week and was improving and we smashed the 5k in no time, I would of never been able to do that on my own and if someone had said to me 4 weeks before that I would be running 5K and really look forward to running I would of spat my Pinot Grigio out laughing at them!

In January I decided to take part in sponsored challenge called RED – Run every day in January for the mental Charity MIND which I found really hard as I had totally over done the eating and drinking over Christmas and new year but I work in mental heath and it’s important to me to help raise awareness.
I completed the challenge but not without a few moans! And I did find it tough But I can honestly say it was thanks to the gorgeous Solemothers that I did as everyone is so encouraging and we all support each other it doesn’t matter what age, shape or size or ability you are we all empower each other and not to mention I’ve made some great new friends.

Last week my son’s teacher stopped me in the corridor at school to say that he had told her that he was proud of me as I ran everyday to help people who have a poorly mind and that I was part of group called Solemother that run together ( I had a Leakey eye moment and his teacher must of thought I was mad! )

I now have my fitness mojo back and as I approach my big 40 birthday I am in such a better place and feel so much better for being fitter and stronger and having much more energy.