Solemother of the Month – May 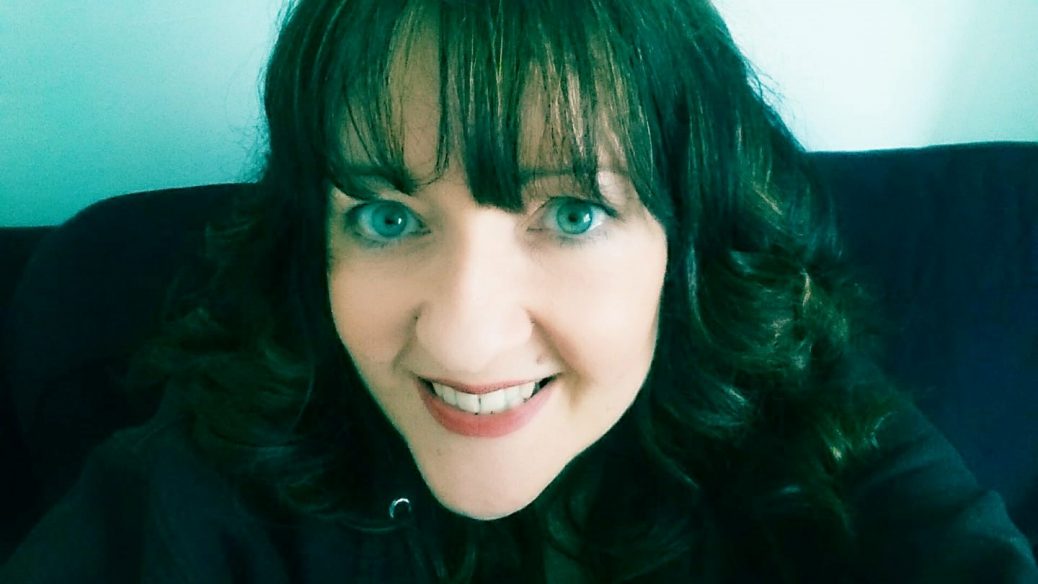 Normally I start with a short introduction but I don’t want to get in the way of you reading this unbelievable Blog written by May’s Solemother of the month Deb! WOW just WOW!

The seed of my SoleMother journey was planted, in the office of my neurologist in September 2017, when, after months of scans, tests and consultations I was given a diagnosis of MS.
It came as a surprise, but not a shock. Multiple Sclerosis – I’ve discovered – is a diagnosis that comes as a process of elimination, it’s the booby prize you’re left with when all other conceivable options have been ruled out.
Once I had digested the news, I was probably most angered at the neurologist’s blunt assumption that MS meant I ‘could not run’.
Before starting a family in my late 30’s/early 40’s I had always been active: a religious gym goer, pavement pounder and at times, self-confessed fitness addict. So, to be ringfenced as an in-active sounding no hoper, probably hurt more than the diagnosis, at that time. In my head I made a mental calculation of inactivity + MS = disability. And I decided there and then to do my best to change the equation.
A few weeks later I re-joined the gym that I had been a member of up until the birth of my 5-year-old. But for the next 2 months struggled to find the courage to step foot inside the place, let alone on a treadmill, despite having all the mental motivation to do so.
Then in a moment of serendipity, the SoleMother ship sailed onto my virtual horizon.
First through a series of Facebook posts made by Kate Elizabeth. And around the same time through a blog post I stumbled across.
But it wasn’t until New Year’s Eve, while setting my personal goals for 2018 that I decided if I wanted to end 2018 in better shape both physically and mentally, than I was starting it, I had to take the plunge and at least give it a try.
So, I did.
Being based in Horwich, the nearest SoleMother group was at least 12 miles away, so unlike most Sole Mothers I began my journey into getting active as a soloist.
But for me that was ok.
Unlike the runner I had been 15 years ago, getting on a treadmill proved much more precarious (and dangerous!) than I expected. My balance varies between ok and walking like a drunk depending on how MS is affecting me and, after a few weeks of struggling to walk on the thing without tripping, slipping or white- knuckle-gripping the handrail, I realised I would have to change my approach and address the balance issues before I could seriously consider running safely.
So, I reacquainted myself with the plank: front, side, the other side and everything else I could safely do, to strengthen my core and leg muscles. Slowly but surely it started to work!
After 5-6 weeks I felt the courage to add a run of 20seconds…30 seconds…40 seconds into my treadmill walks. It hasn’t been a consistent increase, because on bad days when my balance is really rubbish it can be a struggle to pick my feet up enough to walk slowly in a straight line.
But, the more I’ve retrained my body and brain to get used to a treadmill again, the more confident I’ve become and it’s now starting to feel like second nature.
And after almost 4 months since I embarked on my SoleMother membership, and a week after turning 47, I’m so proud to say that I’ve achieved 5k in 50 mins.
It’s the longest route – in terms of both time and setbacks – that I’ve ever taken in a fitness regime. But, it has by far been the most rewarding.
What’s really kept me going through all of it, is all the incredible women I see on SoleMother, who are out there every day, come wind, rain, snow, sun and all the sh*t life throws at them, fighting their own fitness fights.
Following their personal journeys has kept me motivated – especially – during the times when I’ve not been able to progress mine.
I’ve not had the side by side support of a fellow runner, but the online SoleMother community is so strong that the virtual support and encouragement of everyone has more than made up for that.
And when – and if – the time comes that I feel ready (and I think Horwich is ready!) for me to be able to tackle running safely on a pavement again, I’m looking forward to seeing how much further I can take it with other Sole Mothers around me.
For me SoleMother is a journey with endless possibilities – and that’s what makes being part of it so worthwhile.