Solemother of the Month- September 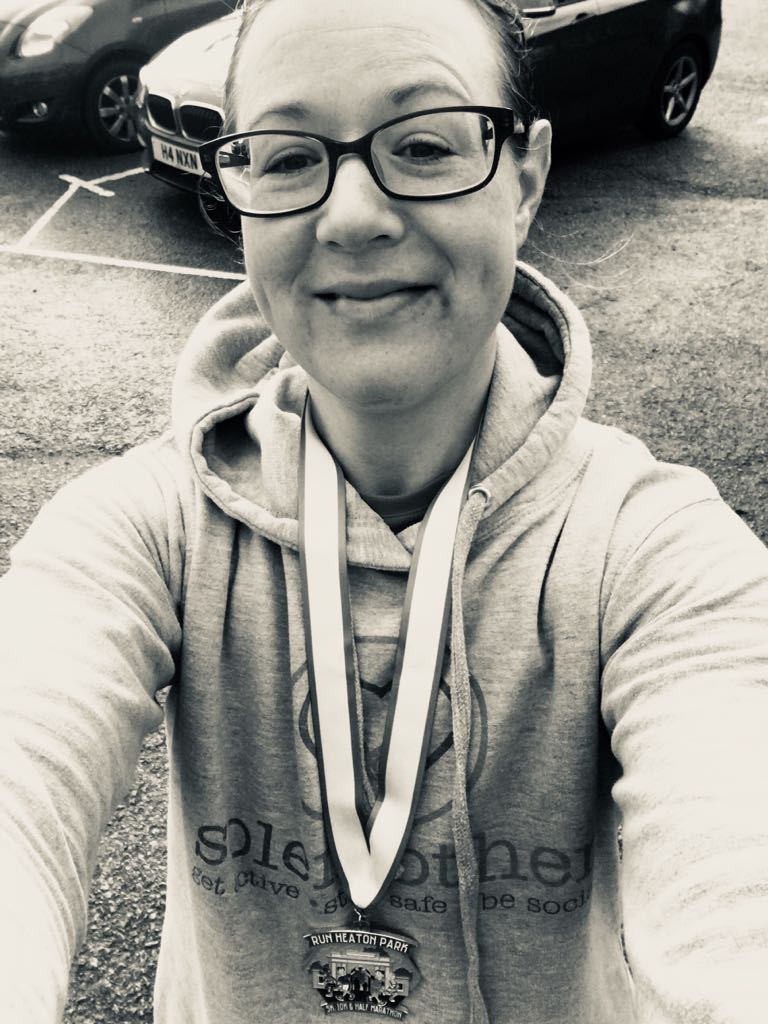 The one and only TRAYONCE (nicknamed after her awesome Boomerang moves) is our Solemother of the Month. Tracey has been with us from the beginning and her fellow Solemothers love and respect her for so many reasons but here’s just a few…

‘Being persistent and pushing herself’

‘her inside out active wear still makes me chuckle’

An awesome year for an awesome Solemother. Over to you T…

My running journey started after the birth of my second child in 2014. I’ve never been a natural runner, bright red, sweaty and loud breathing are all very attractive qualities of mine. Running was always something I did on my own for these very reasons. The only race I had ever done was a 5k Race for Life in 2005. I ran with a nurse friend who kept asking if I was having an asthma attack, I don’t even have asthma. And that’s where the races ended.

So on a dark, cold February evening in 2017, I was invited to join a group of mum’s from Davyhulme Primary school. The prospect of running with ‘other people’ was a little daunting to say the least. Even now, I’m afraid i’m not much of a talker but that doesn’t mean i’m not listening to every word!

The school mum running group transformed and grew into Solemother and with it transformed the way I feel about running. It’s not just running, it’s talking, having friends and being sociable. The confidence that this group has given me is invaluable.

Before becoming part of this group, I had run one little race. Now, with four 10k races completed as well as three monthly distance challenges and a half marathon on the horizon, I wouldn’t have entered these races or challenges had it not been for the encouragement from the group.

I have truly made some wonderful friends in the last 18 months. Some friendships would have grown regardless, but others are with women I may never have known had it not been for Solemother and her social arms bringing us together.

Thank you for the nomination Solemothers, I salute you 💕💕💕